Dr. Brodey was born in Kyoto, Japan, and studied at the Albert-Ludwigs Universität in Freiburg, Germany, as well as at Waseda University in Tokyo, before receiving her Ph.D. from the Committee on Social Thought at the University of Chicago. With a background in comparative literature and political philosophy, Dr. Brodey is a committed comparatist, both in terms of the cross-cultural comparison of literatures and in interdisciplinary approaches to the study of literature. Her primary interest is in the history of the novel in late eighteenth- and early nineteenth-century Europe and Meiji Japan. She works in German, Japanese, French, and Italian, as well as English and her native Danish.

Dr. Brodey’s book Ruined by Design: Shaping Novels and Gardens in the Culture of Sensibility (Routledge, 2008; paperback 2012) draws on fictional narratives, landscape architecture, discussions of ‘natural’ language, guides to rhetoric, philosophical writings, and other aspects of the culture of sensibility in England, France, and Germany, to offer a new synthesis of its literary and material culture: Ruined by Design reveals a widespread discomfort with authorship and authority in general, which led to innovative new structures in the fledging novel, as well as in landscape gardens and their architecture.  Ruined by Design won the 2009 SAMLA Studies Book Award.

Other publications include articles and book essays on Jane Austen, Laurence Sterne, Johann Wolfgang Goethe, and Natsume Sôseki. Her current research is on connections between Meiji Japan and post-Enlightenment Europe, particularly involving changes in the understanding of the novel as a genre and the connection between Natsume Sôseki and Jane Austen.  She also is working on a book-length manuscript entitled Cowboys and Samurai: Authority, Nation-Making, and Individualism, as well as a separate project on the cultural currency of Jane Austen in Asia.

Dr. Brodey’s awards include a Mellon Fellowship in the Humanities (1988-1993), a Jacob M. Javitz Fellowship, a Fulbright-DAAD Fellowship (1987-88), and Earhart Fellowships (1993, 1997, 2008).  At UNC, she has won a Spray-Randleigh Faculty Fellowship (2003), a Brandes Honors Curriculum Development Award, a Tanner Award for Excellence in Undergraduate Teaching (2006), and a Chapman Family Teaching Excellence Fellowship at IAH (2010), and an Honorary Doctorate in Humane Letters from Colorado College (2015).

At UNC, she serves as Director of the Comparative Literature Program and as faculty advisor for CLOUD, in addition to being co-founder of the Global Cinema Minor, the Food Cultures Cluster, and the Jane Austen Summer Program.

Books Rediscovering Natsume Soseki: with the first English translation of Travels in Manchuria and Korea, Celebrating the centenary of Sōseki’s arrival in England 1900-1902 “First publication in English of Soseki’s travels through Manchuria on the then recently-acquired South Manchurian Railway. 6-week travelogue including boat from Osaka to Dairen, railway up the Liaodong Peninsular to Fushun. Many…

END_OF_DOCUMENT_TOKEN_TO_BE_REPLACED

Inger S. B. Brodey  Education: University of Chicago: Committee on Social Thought: Ph.D., December 1993: “A Rhetoric of Silence: Self-Representation and the Distrust of Words in the Novel of Sensibility” Committee on Comparative Studies in Literature: M.A., August 1991: “The Rhetoric of Ruins: Fragmentation in Goethe and Sterne” Middlebury College: Summer 1989, Advanced Japanese intensive course Albert-Ludwigs Universität,…

END_OF_DOCUMENT_TOKEN_TO_BE_REPLACED 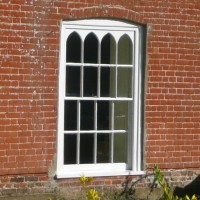 The Feast in Visual Arts and Cinema

A VIrtual Gallery of UNC Students on Food, Film, and Art

updating you on Dave and family, cancer and coping

An annual symposium for all Austen readers